Jud Block - Photo by Mother Shutter PhotographyMonday nights at Greenville's The Handlebar are quite economically viable to see some live entertainment. This evening was rainy and made the premier listening room of all upstate South Carolina very cozy. I arrived with my colleague April Britt-Kelly to a parking lot flowing of rain drops by the buckets. The cover was only a five dollar bill to see two great North Carolina artists in The Wiggle Wagons and Jud Block. The two were so gracious to brave the weather of the evening to come down the I-85 highway to play for some hard working folks on a Monday evening. Jud Block is quite the lyricists hailing from the great state of Texas and inspired to play from the songs of the legendary Townes Van Zandt. The proud Texan moved to Florida where he played in a few bands and had a lot of success with the cow-punk band Cattle-truck. After Cattle-truck parted ways Jud went solo and has released two albums to much critical acclaim. Jud was up first and played a solo acoustic set with powerful lyrics to the working class who were sipping down a cold Papst Blue Ribbons to wind down a hard day of work.

Jud's set was pure lyrical thinking man content. He did a few off of his second solo album, Barroom Gravity, with expositions such as “Barroom Philosopher”, which describes a tale of Bartender playing the role of friend and shrink all in one form. It was a very much a Tex-Mex meets punk rock sort of feel. The Carolina Wordsmith has spent just as much time in a bar as he has a library and it is displayed in his song. I am a Jud Block fan for he does it against the grain and has earned him the title of outlaw Carolina wordsmith. 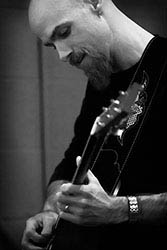 Chris Keener of The Wiggle Wagons - Photo by Mother Shutter PhotographyNext up after a refill at the bar and a trip to the little boys’ room was The Wiggle Wagons. I have never heard of the Wiggle Wagons live or in recording form until this rainy night in Carolina. I have heard nothing but great things about the trio of fellas who are out there in the asphalt making ends meet somehow and way on the road. This was a stripped down version for the two other members who were not in attendance. Upon, not knowing much about is now and exciting band the surprises were plentiful and included saxophone. I asked Jud to describe me what to expect and the avid Arizona Cardinal fan/Carolina wordsmith said to expect a sort of “Bakersfield sound” vibe to them. Fair enough” I replied with a cracking open of my beer can, and then I tapped my foot as the fellas were very much into that vibe with honest tone musician professionalism. The set was versatile changing, from electric guitar to slide guitar. I plan to get to know more about The Wiggle Wagons very soon. Tonight will be chalked one up in the name of victory. Ladies and Gentlemen, tonight was all about common people for a common good listening to some great live music at one of the best listening rooms in the south. I go to bed tonight with nothing but good vibes. Economical, affordable, live music is very much alive in the world.

blog comments powered by DISQUS back to top 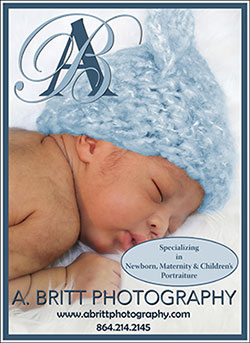 . @StephenKing 4+ years ago did you ever envision that real life would be as terrifying as most things you have ever written?

@DavidSpade who is the better assistant? Dennis Finch or Timmy Patel?

@ronlauzon519 The gif has WAY better movies than Trump.